Choosing the best SIM card that’s not only compatible with your Samsung Galaxy or other phone model, but also offers reliable service is not easy to do. That’s why we spent more than 10 hours researching all the cost-friendly options out there to choose the 6 best SIM cards. Every SIM card on the list is designed for prepaid users, which means you don’t have to pay a monthly fee or sign a contract. You just pay for what you need upfront, and if you end up needing more you can always reload. Also, all cards are nano and micro-sized, which means they are compatible with the most recent cell phones and smartphones. Finally, all cards are designed to work with, at the least, 3G networks and up. Everything we selected does support 4G, as well.

The top pick is AT&T’s Prepaid SIM because it offers the best coverage — in the U.S., Canada and Mexico — and it comes with unlimited calling, unlimited texts and data for a specified period. Of course, it’s not the only option that made our best SIM cards list. Keep reading if you’d like to learn more about the top pick, and all the other cards we selected. Also, check out the best unlocked phone.

Our #1 Pick is the AT&T Prepaid SIM
Check Price
WHY WE LIKE IT: Starting at 7 days (up to 30 total) you get unlimited talk, text and data within the U.S., Canada and Mexico. AT&T’s GSM unlocked SIM is both 3G and 4G compatible. All of that comes at an affordable price making it an ideal option for everyone from travelers and temp locals to mainstay prepaid customers.
Pros
Cons

AT&T’s network is not just well known, it’s reliable in many areas within the United States, Canada and Mexico which means this temporary phone SIM is a great option for anyone spending time within said borders. AT&T is as well known as Samsung. (See our Samsung Galaxy S9 and S9+ Smartphone Review )For a one-time payment, you get unlimited talk, text and data for a specified period. Starting at 7 days, you can purchase up to 30 days of use at a time. Although, you will need to register the SIM through AT&T’s network, at least three days in advance, so remember that if you’re planning a trip. Speaking of travelers, the best portable phone charger is another must have.

The SIM works with GSM and CDMA networks and supports 3G 4G and 4G LTE on most bands. Roaming is included, provided you remain within the supported countries. Of course, that’s the biggest drawback of this card, it does not offer international sim cards support outside of North and Central America. Anyone that’s traveling abroad will need to look elsewhere for mobile network access.

Our #2 Pick is the Verizon 3-in-1 Postpaid/Prepaid SIM
Check Price
WHY WE LIKE IT: While the Verizon 3-in-1 postpaid/prepaid SIM card does not include service out-of-the-box, it’s designed for existing or aspiring Verizon wireless customers. Just plug in the SIM, register through Verizon’s site — choosing whichever prepaid plan you want — and off you go. All cell phone plans are plans with unlimited talk, text and data. Plus, you can subscribe to international plans, with support for over 185 countries outside the U.S.
Pros
Cons

The Verizon 3-in-1 postpaid/prepaid SIM card is for customers that don’t already have an active Verizon subscription; most notably anyone wishing to travel or gain temporary access to supported mobile networks. The SIM does not come with service, instead, you’ll have to register and choose a plan via Verizon’s website. It’s also not compatible with any other networks, including MVNOs — wireless operators that don’t own the network like Cricket, Boost, etc.

The good news is that all of Verizon’s postpaid and prepaid plans offer unlimited talk, text and data through supported 4G LTE networks. For the most part, coverage is available in the United States, Canada and Mexico. However, international connectivity is available for an added price, with support for over 185 countries worldwide. You may want to check out the best smartphone.

As a final note, the card can be modified to fit in nano, standard micro and standard size SIM card slots. It comes attached to a larger card, and you punch out the size you need.

Our #3 Pick is the SpeedTalk Mobile Preloaded SIM
Check Price
WHY WE LIKE IT: While the SpeedTalk Mobile Preloaded SIM only works in the United States, it does come with up to one month of service free — the equivalent of 250 units in the company’s mobile currency. Plus, the card supports Nano, Micro and Standard SIM sizes, and connects to 3G, 4G and 4G LTE GSM networks.
Pros
Cons

The SpeedTalk Mobile Preloaded SIM is a Nano, Micro and Standard-size compatible card. It will work with most unlocked phones, and also supports additional devices like smartwatches, tablets, GPS trackers and more. The SpeedTalk SIM connects to the company’s 3G, 4G and 4G LTE networks via GSM bands. Unfortunately, it only supports coverage within the United States — a coverage map is available to double-check what areas are supported. That means you’ll need to get a different card if you want access to international or non-domestic (Canada and Mexico) networks.

At just over $5, SpeedTalk’s SIM is the cheapest buy-in on the list, especially since it includes the equivalent of one month of free service. SpeedTalk employs a unit-based system. The card comes with 250 units, and each unit counts for a single increment of talk, text or data. So, for example, 1 unit is a minute of talk, 1 text, or 1MB of data. There is no contract, no credit check or no activation fees to use the card. You will, however, need to provide a credit or debit card during the time of activation to cover overages and continue service. A good reason to read about the best smartphone plan.

Our #4 Pick is the Cricket Wireless Prepaid SIM Card Kit
Check Price
WHY WE LIKE IT: Boasting some of the best coverage for an MVNO, Cricket Wireless’ Prepaid SIM offers support for up to 99% of all Americans. It also offers 4G LTE speeds in the US, Mexico and Canada and you can load up units all via Cricket’s mobile companion app.
Pros
Cons

The Cricket Wireless Prepaid SIM is a universal card that allows users to bring their existing unlocked phones to Cricket’s contract-free network. It supports Nano, Micro and Standard SIM sizes. It also offers 4G LTE speeds. Service is available in the U.S., Mexico and Canada, and texting or calling to the latter countries is included with any of the unlimited plans.

No complimentary service is included with the card. Unlimited talk and text plans start at $30 per month, however. Once you activate the card — which is done via Cricket’s Breeze-Thru mobile app — you can choose your subscription plan. Cricket boasts coverage for up to 99% of all Americans, which is impressive for an MVNO. Cameras are also important, so read our best smartphone cameras list.

Our #5 Pick is the SpeedTalk Mobile SmartWatch SIM
Check Price
WHY WE LIKE IT: Unlike many of the other SIM cards on the list, SpeedTalk Mobile’s SmartWatch SIM is meant for wearable tech. That makes it ideal for use with location trackers, smartwatches and similar gadgets. It includes complimentary units — 50 minutes, 100 SMS or 100MB of data — for up to 30 days. Unfortunately, the service is only available in the United States.
Pros
Cons

The SpeedTalk Mobile SmartWatch SIM is meant specifically for wearable devices, smartwatches and GPS trackers. It supports all SIM sizes including Nano, Micro and Standard. Besides, it works with 2G, 3G, 4G and 4G LTE GSM networks.

When you activate the card — which requires a debit or credit connected to your account — a U.S. phone number will be auto-generated. That also means this SIM card is not meant to sync up existing phones if you already had a number assigned. You’ll be starting from scratch.

Each card offers up to 30-days of service, but you can also extend your subscription via SpeedTalk Mobile’s services. It can also take up to 24-hours for GPRS and data settings to sync properly, so plan accordingly.

Our #6 Pick is the T-Mobile Prepaid SIM Starter Kit
Check Price
WHY WE LIKE IT: In terms of functionality, T-Mobile’s prepaid SIM is remarkably similar to the others on the list. It offers some of the best prepaid unlimited data plans bar none, starting at $40 for unlimited talk, text and up to 10GB LTE data. Like tmobiles tourist plan. Plus, it’s compatible with Nano, Micro and Standard SIM slots.
Pros
Cons

T-Mobile’s Prepaid SIM starter kit includes a tri-compatible card — Nano, Micro and Standard-SIM sizes — meant for use with the wireless carrier’s 4G LTE networks. That also means the card is only compatible with GSM bands, so CDMA-based phones are out.

It’s mainly for nationwide coverage within the United States, however, several Amazon reviewers have reported success in Canada and Mexico — you will still need a credit or debit card with a U.S. address.

Furthermore, no service is included with the purchase of the SIM. You will need to choose a subscription plan through T-Mobile upon activation. That said, there are no activation fees, no contract obligations, and you can select unlimited talk, call text and data plans if you want them. T-mobile also has some of the best plans available for mobile data hoarders, starting at $40 per month for unlimited talk, text and up to 10GB LTE data to use however you want.

When choosing the best SIM cards for our list, the first thing we looked for was 4G LTE network support. All of the cards you see here will work with the latest mobile connectivity speeds and networks. They’re also compatible with just about any modern smartphone or mobile device thanks to tri-size support; they can be used in Nano, Micro and Standard SIM slots.

Network coverage within the United States was most important, followed by Canada and Mexico. Only one card on the list supports international usage, so it’s the exception.

Finally, even though not all the cards include complimentary service, we made sure they do support some form of unlimited talk and text, several even include unlimited data. Just keep in mind you will need an active subscription, whether pre or postpaid to take advantage of the said connectivity. 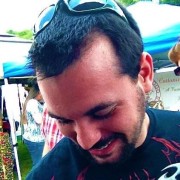 Briley has been a freelance technology writer and entrepreneur for over a decade now. You might know him from his work with Ideaing, Lifewire, or Smartwatches.org. He has a strong background in all things tech and loves to learn the ins and outs of new gadgets and platforms. He loves to share his knowledge with others just as much.

AT&T Brings Back Unlimited Data Plan: What to Know

Helio Launches in the US

MetroPCS To Unlock Phones If You Sign With Them

Back to top button
Close
Close