To determine the best mirrorless camera on the market today, we started by eliminating models with less than 16MP. Anything less and a printed photo of more than about 36-inches wide will look pixelated. Next, we only considered mirrorless cameras with excellent image quality – choosing the finest digital cameras that depicted minimal noise even at ISO 2000 and above, which lends itself to low light performance without using the F-stop on a digital camera. We then went a step further, and sought cameras with snappy startup performance and a minimal shutter lag of 200 milliseconds or less. While not a prerequisite, extra credit was given to any mirrorless cameras that included 4K video at 24 and 30 fps, an articulating rear screen, an electronic viewfinder, and in-body image stabilization. 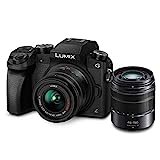 Thanks to its outstanding image quality and versatility as shown in our extensive real-world testing, the Sony A7 III Camera is our top choice for the best mirrorless camera. It offers a full-frame sensor with outstanding low light performance, a wide range of available Sony FE mount lenses and it even has good battery life.

Our #1 Pick is the Sony A7 III
Check Price

WHY WE LIKE IT: The Sony A7 III is ranked among the top full-frame cameras for image quality, with 14 stops of dynamic range and very little noise even at ISO values of 4000 and up, outperforming even some highly-rated medium format digital cameras with five figure price tags.

For photographers, the award-winning Sony A7 III offers one of the best autofocus systems on any mirrorless camera, with an almost ridiculous 693 phase-detection points and 425 contrast detection points. It also shoots up to 10 fps, on a par with much heavier and more expensive prosumer DSLRs. The Sony A7 III stands out even more for videographers, since it’s capable of recording 4K video using the whole full-frame sensor rather than a crop as with most DSLRs.

Plus, the A7 III’s video autofocus is also among the best we’ve seen. Add in useful filmmaking features like Sony’s editor-friendly log footage options, and the A7 III becomes a compelling mirrorless camera for amateurs and enthusiasts as well as a budget-saving choice for pros.

Our #2 Pick is the Panasonic Lumix G7
Check Price

WHY WE LIKE IT: The Panasonic G7 shoots crisp, good quality 4K video with minimal “rolling shutter.” It is easy to use if you’re used to shooting on a DSLR, includes an external mic jack for audio, and thanks to its MFT lens mount it can adapt to a wide variety of lenses.

The Panasonic Lumix G7 is our top pick among Micro Four Thirds sensor digital mirrorless cameras. It mixes high-level functionality with ease of use and affordability. This series of cameras has long been a favorite for aspiring and student filmmakers, and for good reason.

As a bonus, the G7 can be adapted to work with old “C–mount” broadcast and television lenses, some of which can give you amazing quality for very little money. With the smaller sensor, you also get more zoom range out of physically smaller lenses. It features a built-in stereo mic for audio recording as well as a mic jack for external audio input. However, for low light situations, the G7 gets a little noisy at ISO values above 2500, so it requires a fast aperture lens, f1.4 or greater, if you want to shoot in twilight or less-brightly lit indoor settings.

Our #3 Pick is the Nikon Z6
Check Price

WHY WE LIKE IT: The Z6 fits Nikon’s award-winning 24.5 Mpix full-frame sensor in a lightweight yet rugged mirrorless camera, letting Nikon shooters continue using their legacy Nikon lenses while moving to the convenience of the smaller, lighter mirrorless camera body.

The Z6 is made of magnesium alloy and features weather sealing which Nikon claims is comparable to that found in the very rugged D750 and D700 semi-pro DSLRs. When it comes to video, the Z6 is capable, with 4k at 24p, HD at 60p for slow motion, and even a 6k time-lapse mode, but it’s not as easy to use as some of the more established mirrorless camera systems for videography. That said, compare the Nikon D5300 DX-format digital 24.2MP SLR camera vs Canon to really see what it can do. 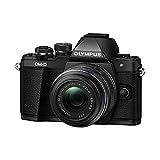 WHY WE LIKE IT: Despite being fully pocket-able, especially with the very compact 14-42mm kit lens or an even slimmer “pancake” prime lens, the E-M10 delivers crisp, high-quality images and excellent color reproduction.

One of the first mirrorless cameras to gain a wide following among enthusiasts and semi-pro photographers, the Olympus OM-D E-M10 is a micro four-thirds camera that stands out for its cool, vintage aesthetic and its amazingly compact size.

It shoots up to 8.5 fps and includes in-body 5-axis image stabilization. Still a favorite for serious photographers wanting something easy to travel with, the OM-D E-M10 Mark II is beginning to show its age when it comes to video functionality, lacking the ability to record UHD 4k MP4s.

WHY WE LIKE IT: It combines DSLR-like image quality with pocket-friendly size for powerful photography anywhere you go. To that end, at 4.3 x 2.6 inches, it’s smaller than most phones.

The Canon M100 is a super compact mirrorless camera that uses a Canon APS-C sensor and EOS-M lens mount. It also offers handy Wi-Fi connectivity and lets you share images straight from the camera using Canon’s well-designed and easy-to-use app. While the M100 lacks a hot shoe, it does include a pop-up flash that can be set to go off with a wireless external flash if needed. It’s a great camera, just not a leading Canon DSLR camera.

We’re sorry, this product is temporarily out of stock

WHY WE LIKE IT: At a price point lower than most mobile phones and “point and shoot” digital cameras, the YI M1 offers real usability, a quality sensor, and interchangeable lens capability.

The YI M1 is our pick for the best budget mirrorless camera. It includes an excellent Sony-made 20-megapixel micro four-thirds sensor and the much-loved MFT lens mount system, letting you use a wide variety of new and vintage glass from Olympus, Panasonic, Sony, and more. It even shoots 4K video at 30fps.

WHY WE LIKE IT: The vintage-styled Fujifilm XT-100 is one of the best mirrorless cameras for those looking for a “film-like” aesthetic.

Fujifilm has always been a unique choice geared toward artistic and enthusiast photographers. The company is famous for its 35mm film, and still makes film cameras, after all. The XT-100 uses a 24.2-megapixel APS-C sensor and offers a variety of “film simulation” modes designed to process color like classic Fuji film stock. This sensor skips the traditional, grid-like Bayer array of red, green, and blue photo sites in favor of a more randomized pattern, claimed to more accurately capture colors with less is more.

We understand that mirrorless cameras span an enormous range, from casual and travel use, to backup or even go-to camera bodies for professional photographers and filmmakers. They often make the best digital cameras for beginnings. And because of that, we wanted to include a few top-rated mirrorless cameras in the semi-pro, enthusiast, and budget categories, and we conducted extensive research on our top picks as well as some real-world, hands-on testing in the field.

For the semi-pro cameras we wanted to find models with at least 12 stops of dynamic range, capable of shooting 10 frames per second or more, and recording 4k footage using the whole 35-mm equivalent sensor. This gives our top picks of mirrorless full-frame cameras, the Sony A7 III and Nikon Z6, performance comparable to the range of semi-pro DSLRs like the Nikon D810 and Canon 5D Mk IV. We also looked at durability– the Z6 and A7 III are both made mostly of metal and have weather sealing–and value for the money.

For APS-C and micro four-thirds mirrorless cameras, we wanted to highlight models that had a standout feature as well as excellent value. We looked for wifi connectivity or Bluetooth capability, a 3” or larger screen, and compact overall dimensions. We selected models with minimal lag, less than 5 second start-up times, at least a dozen autofocus points, and at least 16 Megapixels of still resolution. We also noted the video format, as many of these mirrorless cameras can shoot 4k. We took into account lens availability as well. Finally, as battery life is sometimes a weakness of mirrorless cameras, we looked for cameras with batteries rated for at least 300 shots per charge.

One of the Most Important Features of a Mirrorless Camera

What is a mirrorless camera anyway?

A mirrorless camera is a digital interchangeable-lens camera that foregoes the traditional SLR mirror mechanism. In an SLR or “single lens reflex” camera, a prismatic mirror sends the image from the lens up through the viewfinder, letting you see what the lens sees. This is different from the older “rangefinder” mechanism and was the standard for most film cameras made after the 1970s. Technically, smartphones, Go-Pros, dashcams and compact point-and-shoot digital cameras are all “mirrorless” cameras but we tend to use the term “mirrorless camera” for interchangeable lens system cameras, to distinguish them from DSLRs.

What are the advantages of Mirrorless Cameras?

Mirrorless cameras have some advantages over DSLRs. Because there’s no bulky mirror box, they can be smaller, and they’re typically quieter and can offer features like articulated screens and 1:1 electronic viewfinders, making it easier to compose photographs in some situations. Mirrorless cameras can also adapt a wide variety of old, vintage lenses, though these won’t typically provide autofocus.Mirrorless system cameras do have a few disadvantages compared to DSLRs as well. Because DSLRs have been around longer, they have more lenses specifically designed for each platform. They also tend to autofocus faster and can be easier to hold and handle when using long telephoto lenses or large external flashes. Mirrorless cameras also, in the interests of compact size, often pack smaller batteries, leading to shorter battery life. Some recent models have made great progress on this, though.

Don’t be fooled by “megapixel counts.” The number of megapixels has nothing to do with the physical size of the sensor, it just refers to how many pixels they’ve managed to cram onto the chip. A 20 MP, 12-mm wide sensor will still capture far less light than a 16 MP 35-mm sensor. If you’re looking to shoot in mixed or lower lighting conditions, the bigger sensor is almost always the better choice. You may even prefer a lower megapixel count, as this means the individual pixels are bigger, letting them capture more light and giving you less digital “noise.” 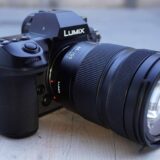 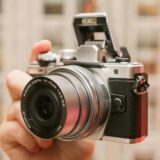 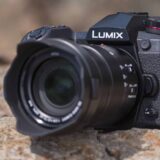 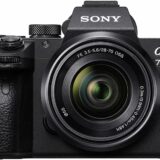 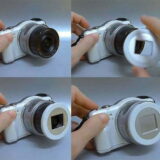 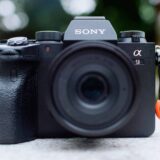 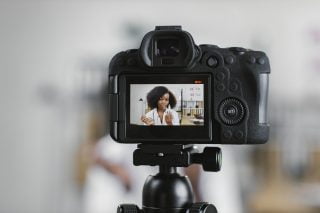 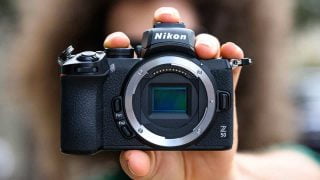 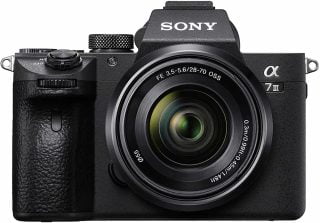 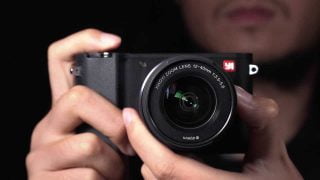 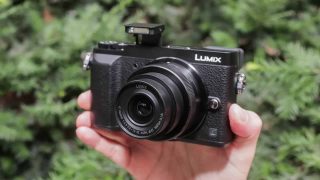 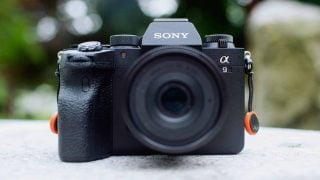 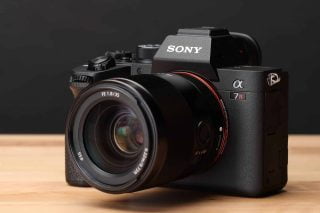 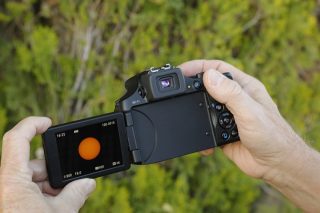 Mirrorless Camera vs. Point and Shoot

If you're looking for a new lightweight camera, this guide...