Is this camera as rugged as best waterproof cameras?

A camera with the word “Tough” in the name really has two ways it should be judged. First, as a camera — its image quality, features, and how it stacks up against other similarly priced point-and-shoots. Second, as a gadget designed to take as much punishment as possible. Only by looking at both aspects, and weighing them depending on how you plan to use the camera, can you get a full picture (if you’ll excuse the pun) of what the Olympus Tough TG-610 can do. Is it a contender for best underwater camera?

On the first score the Olympus score was… meh. In good light, images looked fine, but what camera doesn’t perform well when lighting conditions are favorable? The true test is when you’ve got low light, moving subjects, and a toddler tugging at your pants while trying to take a shot.

When challenged, the Olympus produced images that were … well, the only word I can think of is “smudgy.” Not quite grainy (like you get with high ISO), not quite blurry (like you get with low shutter speed), but what were supposed to be 14-megapixel photos were more like 14-megapixel impressionist renderings of them. Specifically, the Olympus TG-610 has a 14 MP 1/2.3 inch image sensor with 5x optical zoom and 4x digital zoom.

Red eye was treacherous. When I used the built-in flash, the camera managed to paint subjects’ eyes red about 75 percent of the time. There’s an in-camera red-eye correction, though it’s pretty unintuitive. Red eye isn’t the end of the world — most software can correct for it pretty easily, but I’ve never used a camera that’s produced it as consistently as the TG-610.

Video was a little better, but even in good light, it was hard to make out detail in darker-colored areas. The camera’s dual image stabilization, which is designed to help you take photos of moving images, didn’t appear to do much in video mode, and I got lots of camera shake. More meh.

Did the TG-610 have good points? Very few. The iAuto mode, which is supposed to figure out what mode the camera should be in to take the best picture, actually does a decent job. The 3-inch LCD is a good size, and the camera contains its own help menu, which isn’t totally useless. There’s also a mode you can engage if you’re using an Eye-Fi card for even easier wireless sharing of your pix. This camera also shoots videos at 720p HD, and it’s capable of HDMI functionality as well.

I know, it’s not much. But I haven’t gotten to the good part: the toughness. The first time you handle the 610, you’ll be able to tell it can take punishment. It’s unusually heavy for its pack-of-cigarettes shape. I consciously didn’t take the usual care I give gadgets when I took the camera on vacation, generally throwing it in bags, leaving it on kitchen counters, and letting the aforementioned toddler pay with it. It survived it all.

It also works underwater. The specs say it’s waterproof up to five meters down (16 feet). Not being a scuba diver, I couldn’t verify that spec, but it did well in my bathtub shooting colorful rubber duckies and plastic boats (they’re the, um, toddler’s). For underwater photography, I always prefer to use a waterproof camera like the 610 than, say, a DSLR inside a waterproof case, since I’m always terrified I haven’t sealed the case properly. With the 610, you’ve got not worries.

For all its immunity to water, shocks, and low temperatures, keep in mind you will be able to scratch, ding and dent this camera fairly easily. Being able to take a pounding does not mean you’ll look pristine afterward. But even with bruises, the 610 will perform exactly the same as if it were brand new. This camera’s durable enough for many situations, given how it’s waterproof, shockproof, and freeze proof. The protective layer over the LCD is particularly good, shielding the pixels from damage even when poked with sharp objects.

It’s true, the Tough TG-610 isn’t much of a camera, especially when compared to other cameras priced at $280 (you can find it much cheaper online). But it’s good for shooting outdoors, and that’s where its best feature comes into play: durability. If you like your sports extreme and your action up close, this is the camera for the job. Others may give you much better shots, but this one is guaranteed to live to shoot the next one.

Bottom line: Since it’s very durable and waterproof, the Olympus Tough TG-610 should be your go-to camera while skiing, scuba diving, or doing anything extreme outdoors in good sunlight. For pretty much anything else, a decent cellphone camera has it beat. 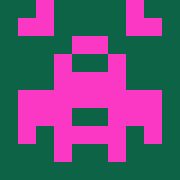 APEMAN A79 Review
18 hours ago

Back to top button
Close
Close